2016 Carte Blanche Cabernet Sauvignon, Napa Valley - 97 Points A different beast, the 2016 Cabernet Sauvignon (100% Cabernet Sauvignon) is more backward and reticent, and while it needs 4-5 years of bottle age, is packed with potential. Both black and blue fruits, earth, tobacco, and freshly crushed rock notes all flow to a full-bodied 2016 that has plenty of fine tannins, remarkable purity of fruit, and beautiful intensity and length. Do your best to give this some bottle age, and you’ll be rewarded with a phenomenal Napa Valley Cabernet that will keep for 2-3 decades. 2016 Carte Blanche Chardonnay, UV Vineyard, Sonoma Coast - 96 Points From a great site on the Sonoma Coast, which is also known as the Laguna Vineyard, the 2016 Chardonnay UV Vineyard was barrel fermented and spent 16 months in 30% new French oak. This brilliant wine offers a medium gold color to go with rich, powerful notes of pineapple, crushed rocks, and brioche. It shows more and more minerality with time in the glass, has good acidity, and a concentrated, medium to full-bodied style that’s a joy to drink. It reminds me of a slightly Burgundian style Chardonnay from Mark Aubert. 2016 Carte Blanche Pinot Noir, Sun Chase Vineyard, Sonoma Coast - 95+ Points As to the reds, the 2016 Pinot Noir Sun Chase Vineyard was mostly destemmed (there’s 30% stems) and spent 16 months in 40% new barrels. It’s another layered, rich, yet impeccably balanced wine and offers lots of red and black fruits, savory herbs, and earthy, forest floor-like nuances. Drink it over the coming decade or more. 2016 Carte Blanche Proprietary Red Wine, Napa Valley - 95 Points Coming from Napa Valley, the 2016 Proprietary Red Wine is a blend of 46% Cabernet Sauvignon, 29% Merlot, 20% Cabernet Franc, and the rest Petit Verdot, all aged in new barrels. This cuvée is made with the idea to be slightly more accessible and offers a St. Emilion-like feel in its blue fruits, tobacco leaf, crushed rocks, and cedary, spice-laced aromas and flavors. It’s full-bodied, has a layered, balanced texture, and terrific tannin quality. It’s another powerful yet elegant wine from Keplinger.

Vinous / Antonio Galloni  | 2012 Proprietary Red - 94 Points A great example of the vintage at its best, the 2012 Proprietary Red Wine exudes richness and voluptuousness. A host of sweet red cherry, rose petal, mint and spices notes open up, with expressive aromatics that add a gorgeous top register. The positive reputation of the vintage is built on wines like this that offer tremendous radiance and near term appeal. 2012 Cabernet Sauvignon - 92 Points Dark, powerful and intense, the 2012 Cabernet Sauvignon is laced with black cherry, plum, leather, smoke, licorice, tar, smoke and savory herbs. Plump and expressive, with a good range of textures and flavors, the 2012 is a delicious Cabernet to drink now and over the next decade. Wine Spectator  | 2012 Proprietary Red - 93 Points Herbal and cedary in a pleasant way, rich and full-bodied, with juicy blackberry, cherry, currant and loamy earth notes. The flavors fairly coat the palate, revealing uncommon depth and density. Very chewy on the finish. Cabernet Sauvignon, Merlot, Cabernet Franc and Petit Verdot. Best from 2017 through 2030. 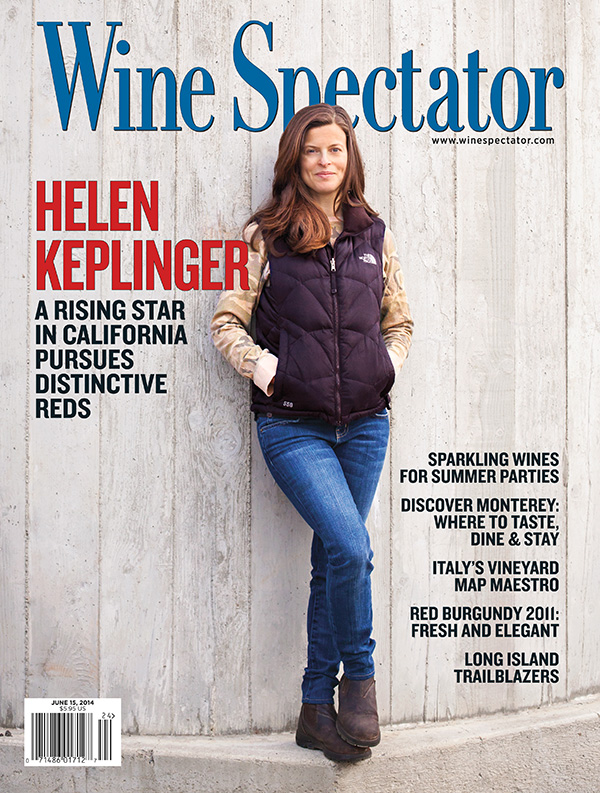 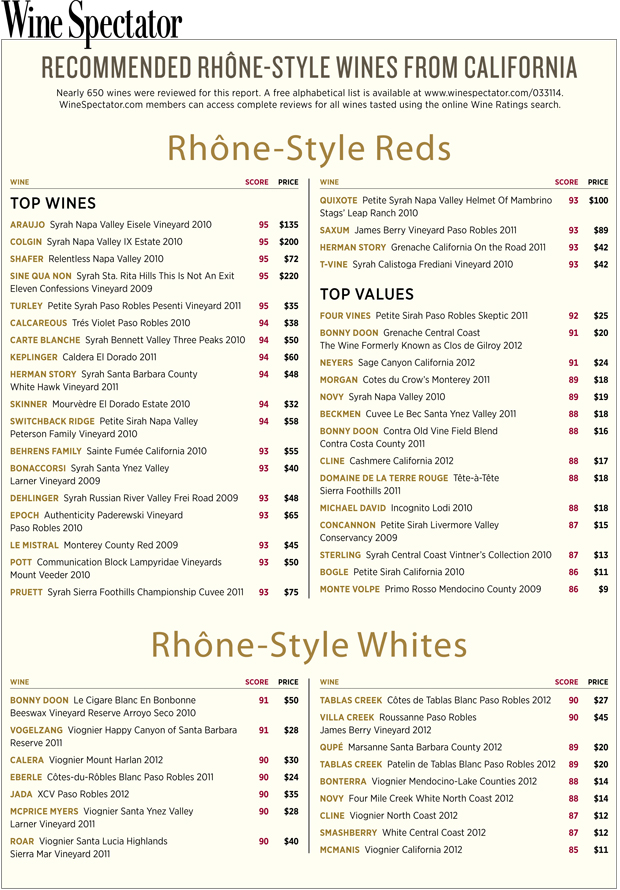 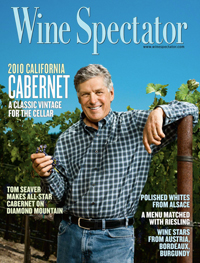